All contributions consist of both text and photographs unless noted:

“Muy Caliente!: Hot on the trail of the Calentano violin masters of Tierra Caliente,” Strings, June/July 2006 (only text)

“Tramp Tunes: From Moravia to America (and back) with Radim Zenkl,” Fretboard Journal, Issue #4, Winter 2006

“Dawg Days: A look back at the birth of the David Grisman Quintet,” Fretboard Journal, Issue 6, Summer 2007 (interviews and text only) 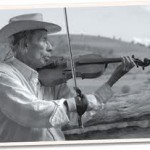 “The Write Stuff: The conductorless American String Project is expanding the string-orchestra literature with a dream team of world-class players,” Strings, May 2010